Vietnam ranked 82nd out of 190 countries that took part in the survey conducted by the World Bank on ease of doing business.

The World Bank (WB) has just released its Global Business Environment Survey Report – Doing Business 2017. Of the 190 countries assessed, Vietnam ranked 82nd, up from 91st a year ago. In fact, in the announcement in 2016, the World Bank ranked Vietnam at 90, but due to some subsequent data adjustments, this ranking was moved to 91.

In this year’s survey, the World Bank assesses economies based on 10 criteria, such as starting a business, applying for construction permits, paying taxes or accessing electricity. For Vietnam, the areas that have improved are Protection of the interests of minority investors, Paying taxes, International trade, Access to electricity and Handling of insolvency. The other side stood still or downgraded. 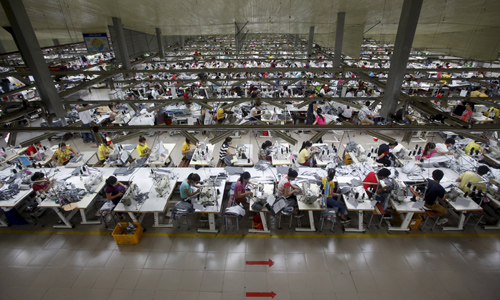 Up 9 ranks in overall ranking, Vietnam is worse rated in terms of Business Establishment. Artwork: Reuters

Particularly for business establishment criteria, Vietnam has fallen by 10 steps compared to last year and is considered to make business more difficult. The biggest improvement criterion is Protection of small investors because it increased to 31 steps, to 87 this year.

In Southeast Asia, Vietnam is located in the middle. Ranked above are Singapore (2), Malaysia (23) and Thailand (46). This year, Singapore lost the first place after leading for 10 consecutive years, and now is ranking in the 2nd place. Ranked number one this year is New Zealand with 87 points. Followed by Denmark, Hong Kong (China) and South Korea. Emerging economies, such as China or India, all upgraded.

The World Bank reports that economies around the world are implementing innovation to make their business simpler. However, Europe and Central Asia will continue to be the region with the highest percentage of reformed countries. According to World Bank statistics, 190 economies have implemented 283 reforms in the past year.

This is also the first year that the World Bank has included gender in three of the 10 research criteria: Business establishment, Property registration, and Contract implementation. The report said the above-mentioned areas still have gender barriers in some economies in the region, except for Malaysia and Brunei. These two countries have additional regulations for married women who want to start a business.